Create an Account - Increase your productivity, customize your experience, and engage in information you care about.

Where is Surry County? 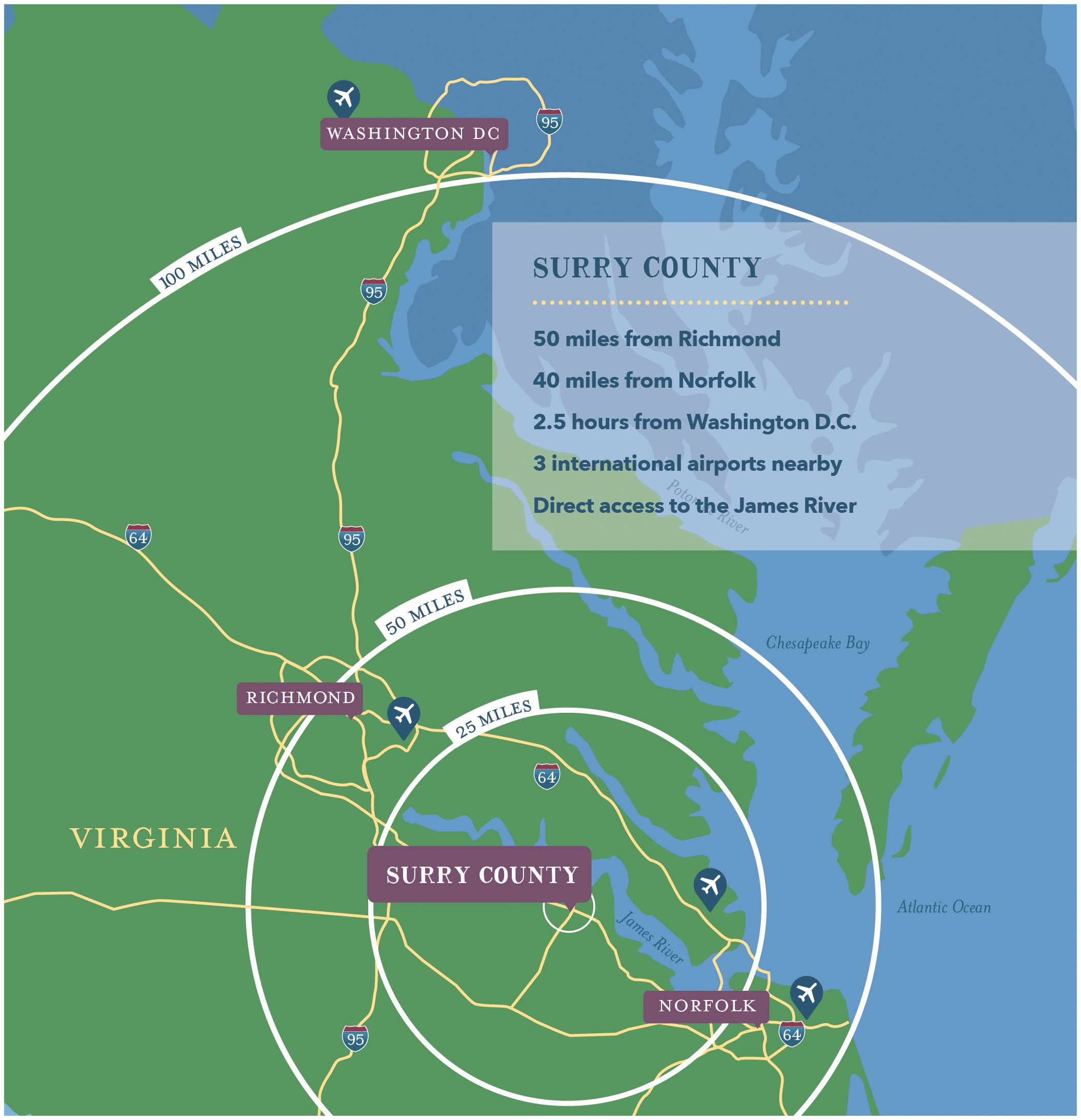 Prime Location
Surry is part of the vibrant and growing Hampton Roads region of more than 1.7 million people.  The region is recognized as one of the largest Metropolitan Statistical Areas in the U.S.  It includes cities of Chesapeake, Franklin, Hampton, Newport News, Norfolk, Poquoson, Portsmouth, Suffolk, Virginia Beach and Wiliamsburg, and along with Surry, includes the counties of Isle of Wight, James City, Southampton and York. Centrally located on the east coast, Surry is within an hour's drive to over a million residents and a day's drive to nearly half of the U.S. population.
/QuickLinks.aspx